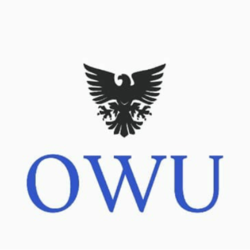 Article No.02 (The future of border security & immigration)
Written by Silver GS

America has faced many problem’s at the border from illegal immigration to drug smuggling. The border being taken advantage by cartel’s have allowed many to cross illegally by the means to distribute illegal narcotics. An article published by The Washington Post on Nov. 7th, 2019 by Josh Meyer “what are Mexican drug cartels fighting over? the chance to sell fentanyl here” explained that more than 30,000 American’s died due to synthetic opioid’s that have entered the U.S.

President Trump who want’s to build the wall believe’s it would prevent illegal immigration and keep drug’s from coming into the United States. Although many South American immigrants sneak into our border’s to flea from violence, corruption and murder the United States have laws that prohibit’s illegal Immigration. As unfair as it may sound our law’s are obligated to keeping our country safe. But sometime’s even laws fail due to the lack of leadership and solution’s.

Recently i have taken the time to research RFID technology and have come to the conclusion that a Bio-Chip implant would be a perfect solution for Border security. If your not aware with RFID technology it is a Chip the size of a pea that can be implanted on your hand between your thumb and index finger. How Stuff Work’s published an article by Kevin bonsor and Wesley fenlon “How RFID works.” In thier article they explain how RFID tag’s are used for tracking vehicle’s, airline passenger’s, Alzheimer’s patients as well as pets.

Now if the Government of Mexico and the United States were to use this technology in order to track Immigrant individual’s, not only would it create a more faster and sufficient process at the border but would help our border patrol agents distinguish an innocent civillian from an enemy. This would keep border patrol agents from coming into harms way with cartel and gang members.

The Bio-Chip would not only be implanted to Immigrant’s who enter our borders to speed up entry process but also control thier behavior in order to keep our communities safe. The Washington Examiner released an article in 2018 by Anna giaritelli “ICE arrested 80,000 illegal immigrants in 2018 with DUI charges, convictions” that explains the problem with Alcohol and Illegals.

Imagine how many lives the Bio-Chip would save by preventing drunk driving and protecting our border patrol agents. The Bio-Chip is the future and security of this nation and the main question is “When will the US accept its ability to save?” The United States could also Implant refugees in order for them to seek refuge or Implant Criminal’s in order to Vote and seek job opportunities.

Science Direct published an Article by Chang ming li “BioChips, fundemntals and applications” that explained the benefits of a Bio-Chip which said " Due to the benefits of low expense, high throughput and miniaturization, this technology has great potential to be a crucial and powerful tool for clinical research, diagnostics, drug development, toxicology studies, and patient selection for clinical trials." So not only would it keep our society safe from Gang violence, Drug addiction, Sexual offenders, Domestic violence but is absolutley great for clinical research.

As we dive deeper to the future one thing is for certain, Soon all of America will be implanted with the Bio-Chip but the question remains “Will it be 2020 or will we have to wait another decade?”

While I can see the benefits of the bio chip, especially as far as stipping illegal drug runners crossing our borders, has the intrusive implementation of this chip been passed by law.

The transhumanist Movement is working on this in order to have it passed by law.

Good luck…Orwell’s 1984 or Huxley’s Brave New World, is the only setting I can see it work.