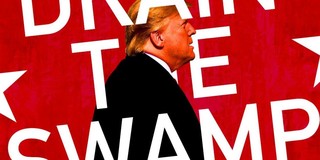 Do Republicans really believe they can defend Trump?

Of course they do.
I think Republicans look at Trump as the
lesser of two evils.

Most Republicans realise that the alternative option to Trump, does
not bear thinking about.
Trump is crass, childish, not so well
educated, and an easy target, his
stupid tweets offering more psycho
fodder for the baying left wing media.
The hatred from the left is unprecedented,
???,…never has a President been pursued with so much vitriol.
The Senate will get Trump out of the brown stuff, I think their justifiable disgust and anger for Trump, after he withdrew troops
from Syria, and abandoned the Kurds,
has now diminished, and they have
witnessed first hand, how Schiff and
Pelosi are being exposed through their
underwhelming bunch of impeachment
‘witnesses’.
Trump is very far from perfect, but the
thought of Biden or Warren taking the
reins of power, fills many with dread.