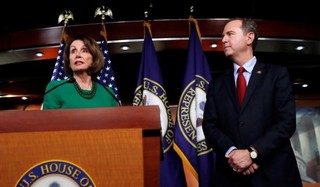 The Dems have been after Trump since he was elected…his victory caused mass hysteria, and so it continues.
They hate Trump so much, 'how dare this brash, crude, outspoken businessman put one over the political ‘elite’?! And so it goes on…multiple impeachment, sexual slurs…whilst senior Democrats are allegedly pilfering billions. Double standards at its worst.

That may all be correct…But the fact is, abusing presidential power for a personal gain, by getting foreign country involved, is the reason for impeachment.