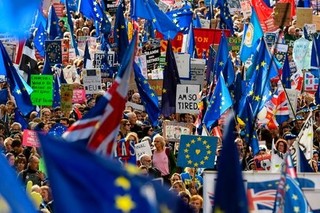 Is an election the only answer for Britain?

Definitely. Firstly, it will give constituents
who voted to leave the European Union
the option to vote out their local M.P’s
who betrayed their wishes. Members of Parliament are there to serve the people,
this has not been the case as the Referendum revealed. 17.4 million voters
are very angry…and by deselecting these
M.P’s, and voting in a G.E, the Brexit
position will have much more clarity
and we can move forward.
The Labour and Lib Dems would be
against a G.E and FOR another Referendum,
however, it was never supposed to be a best out of 3. They also are aware that
they would not win the G.E as many polls
state.