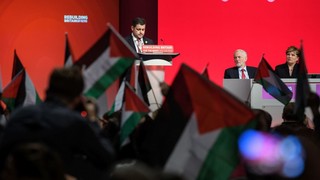 Multiculturalism is all very well if it is
effective, and can enrich host nations,
offering a fresh cultural alternative,
new music, arts, culture, cuisine and
many other positive add ons.
However, in my experience, when I
was living in the south of London,
it was sadly, the complete opposite.
I found that decompartmentalisation
was the reality, as the Somalian guests
were not willing to assimilate, started
businesses alongside each other,
and in many cases, excluded interaction with host nation residents.
It was an ‘us against them’ situation
spurred on by religious ideologies.
It is naive to expect two very different
religious groups to cohabit closely
knit areas peacefully, when the
religious differences are not respected.
I have referenced the Somali example
purely out of my own experience, and
there are many examples of multi
culturalism working well.
It is the radical, religious beliefs of
our guests, the Sharia implementation
in Christian areas, that has proved to
be a huge problem.
You cannot bring Mogadishu to the
streets of London and expect everything
to be positive, and I saw very few
positive signs of anything other than
distrust and further alienation being
the continued outcome.

Multiculturalism will work if all those
involved have an open mind to
experience new ideas and get involved,
positively with learning about each
others cultures.
If one culture is unwilling to embrace
the positives of Multiculturalism, it all
falls apart.