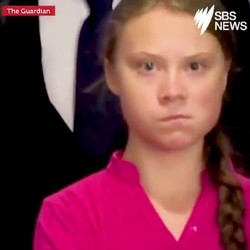 Senior citizens have become the political scapegoat for the young left, who through the years have suffered fractured family units…so don’t hold family values as highly as past generations. And those who support Sanders or the defeated Cobyn, blame the elderly for voting differently and stopping them procuring the freebies they insist upon. Recently on the BBC , a guest suggested that any old people who voted for Brexit deserved to contract the COVID-19 virus first! Personally, I come from a late 50’s generation, my late Father was a teenager in the 2nd world war and my Mother (now 89) was in London in the underground shelters through the bombing. There was a feeling of general respect for the people who defeated Fascism and gave people like me freedom, unfortunately through the years, this respect has all but disappeared in this woke, expectant ‘society.’

Really good piece and you are right, many kids aren’t aware or intetested in the fact that our elderly citizens won them the freedom they now possess.

It has got to the stage where the elderly are adopting a mindset which tells them ‘you’ve lived too long, make way for next option…anyway, you have had a good innings!’ It’s like a power of suggestion topic running through certain parts of the media, to suggest a kind of social replacement policy. Nuts.

There are members here who are just like that. One of them was saying, around 3 weeks ago, that we should not fear this virus because it only attacks the elderly (so it does not matter, apparently).