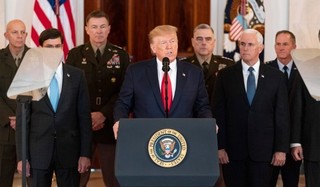 The media is not reporting honestly on Iran

Trump warned Iran that he would strike back against aggressive actions, and he did, and took out a terrorist who had killed and injured Americans. Hillary was quoted (whilst working under Obama) that she would “obliterate” the Iranian regime, Trump waited for his moment, (after the killing of the American contactor) and took Soleimani out, keeping his promise. Nothing gung-ho here, as the left media suggest. They should take a chill pill and compare Trump’s record with that of Obama, who was involved in multiple conflicts and even sanctioned a 160 billion payment to Tehran delivered by “Herman Munster” Kerry.