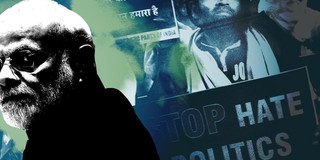 What will India do to its Muslims?

Modi’s tyrannical intentions could
erupt into a second Holocaust.
Internment camps, and the proposed
national register of citizens, (which will
be almost impossible to implement),
has dark similarities to that of Nazi
Germany in the 30’s and 40’s.
I pray that Modi will sit down and
discuss other options with World
leaders, as the repercussions of his
insane proposals are too serious to
ignore.