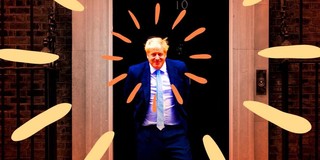 Why are the Tories projected to win the UK election?

The Tories are the only feasible
option for the U.K, and the
electorate understand that.

There is no feasible opposition to
the Tories.
Boris welcomed back the rebels who
he kicked out a few months ago, and
has them onside regarding his deal,
and the Labour party are in complete
disarray.

Because a Labour Government under
Corbyn, is unelectable.

One of the main reasons is the lack
of unity within the Labour Party.
Labour have been rocked by anti-Semitism
within their ranks and believe it or not,
Corbyn has always wished to leave the
E.U.
There is a militant left, a Blairite centre,
and a large percentage of staunch
Labour voters, voted to leave…
especially in the North of England.
All this will play into Johnson’s hands.

Firstly, I would challenge the statistics
here. If the 2016 referendum was reran,
I think the leavers would win more
comfortably, and as the majority wished
to leave with a no deal, the other stat
is very wide of the mark.
As for the Tories, the polls put Johnson
between 6 and 8 points ahead of Labour,
and Johnson is also well ahead as the
preferred leader, well above the
unpopular Corbyn.
A very interesting stat shows that the
electorate has more trust in the Tories
revamping, and reforming the National
Health Service. This will be of acute
concern for the Labour, as the N.H.S
is usually their top policy/vote magnet.
Unless the sinking Lib Dems get a
remain alliance with the Labour Party,
they are dead in the water, they may grab
a few seats but nowhere near enough.
The problem for the Libs (as the only
remain party) is that there are 5 million
Labour voters who voted to leave!
The Brexit party are losing ground, as
apathy over this drawn out campaign
has meant that half of their voters
would accept Johnson’s deal.