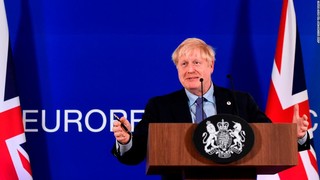 Johnson was adamant that we would leave on the 31st with preferably a deal…if not, a no deal. I cannot see Parliament voting for his deal on Sunday and the member states vote could be tricky. An extension looks the most likely outcome. The treachery of many Conservatives over Brexit, could come back to haunt them…fatally. If and when a General Election is called, it will be very interesting how many disenchanted ‘leavers’ turn to the well supported Brexit party.