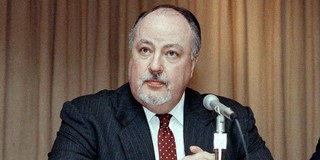 Why Fox News was created?

So according to this author-Fox News was created to be the state network.
What about CNN? They were created to be the Dems network?
Open your eyes…sure, there are some Fox News journalists who uncritically support Trump in everything. That is something I do not believe in. But there are many anti-Trump articles on Fox News, impeachment polls Trump does not like, Kennedy called him a big, dumb baby with tantrums…Can you read or hear the same anti-Dems thing on CNN?
No you cannot.