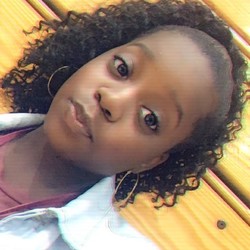 The latest breaking political news. Your source for hot-off-the-press news, stories and blog posts about what's going on today in politics.

Please share this and repost this me and my family last night were on our way to a Christmas function and we were pulled over twice by the same police. Just because my stepfather had an hood on his head. Second time because a tail light that wasn’t even broken. Driving while black is real I feared for my life and safety. Today we need to take a stand together and do something about police brutality and harrassment in America because it gets worse every year. Think about if she shot and killed my family or anything worse she would have gotten away with it and possibly make up a fake story like every other time. To serve as an officer your duty is to protect people lives that are in danger not to harm the innocent. So please be careful out there against these ruthless cops.

You don’t have to put your hands on anyone to cause harm or fear. If you were in my shoes last night you would be woke as the sun rises in the sky in the morning.

Well, I’m sorry you had to go through that fear. But I think your fear in this case was not founded on objective circumstances, but on what you led yourself to believe was going to happen. What I see here is that your car was pulled over for a routine check. No police brutality, nothing of that kind. Once again, I’m not denying that the problem of police brutality is real, or even that black people are targeted more often. But in this particular case you described, I see no police brutality.

You want to say that you were unfairly targeted? Right?

The same happened to my uncle-and he is white. So, it happens, whether you are black or white. If you have a hood on your head, it may look suspicious, so they have a right to pull you over-whether you are white or black. I really see no police brutality there…I mean, they just pulled you over?

Look up this Wikipedia definition of police brutality. You do not actually have to cause any physical harm:

See you didn’t even read the entire thing your lost just like the rest. Take a look in your history book and tell me what color was ripped to the skin came off there backs what color was the boy who shot down with the bag of skittles. Like you said it happened to everyone but the most ones who it happens to are black people. You don’t have to act to cause harrassment that’s part of police brutality.