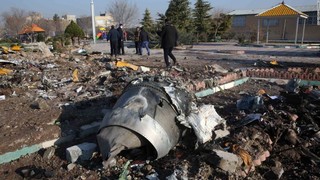 This just goes to show what a crude, inexperienced set up the Iranians have at their disposal. At least we now know the truth (many guessed about the stray missile “conspiracy” theory) despite the Iranians vehement denials. Blame will be put on Trump for causing a retaliation for the Soleimani assassination, I would suggest that the blame should be put firmly at the Iranians door and the inability of their radar system to spot a passenger aircraft. Very sad waste of life.