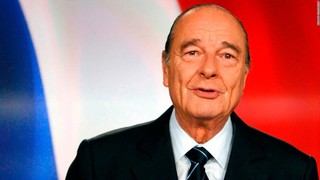 Jacques Chirac dies: What is his legacy?

What I particularly liked about Chirac is that he was one of the few leaders who spoke out against the Iraq War. If others had listened to him, hundreds of thousands of lives would have been saved.
However, he was far from flawless. His role in the war in Yugoslavia was questionable, to say the least. Instead of opposing the war, he was instigating it and blaming Serbs for everything.