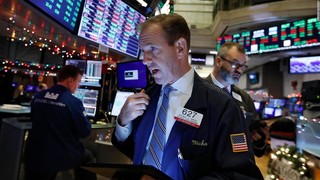 US economy receives its best rating in 20 years

Well done Mr President, real Americans are right with you. God bless you.

So, Trump isn’t doing so bad? Electing Biden, (whose ratings are dropping, but who still leads), will be like jumping from the frying pan and into the fire. His ‘performances’ so far have often been confused and one has to question his mental faculties as he dithers along. Buttigieg has a fine future but is the ‘Great white hope’ for tomorrow and will need the support of black American’s to have a chance of the top prize, which he has no prospect of. The prospect of having a Socialist/hard left President, will split the country and Sanders and Warren will ultimately miss out. I still expect Clinton to join the race as top Dems will be worrying at the prospect of Biden’s durability.