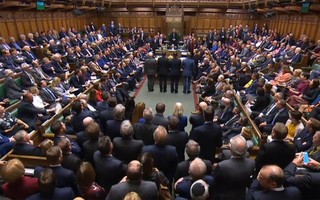 Can Boris get the Brexit legislation through Parliament?

The deal that Boris Johnson has proposed is not Brexit!

Labour and the Lib Dems are keen on a second referendum, but omitting the
‘no deal’ option, which is frankly
ludicrous . Brexiteers were voting for
a clean break Brexit and a General
Election would be their preference,
especially with Labour’s approval rating
and Corbyn’s unpopularity at an all
time low.

Those opposed to Boris’ deal are saying that
3 days to read a 110 page document is not
enough time…even though 90 percent of
the document is exactly the same as
Teresa May’s surrender deal.
So, the stalling tactics continue and I
cannot see any other outcome than a
extension which would be set by the E.U.

It is possible. Boris and his advisors are meeting with Corbyn today to discuss a ‘way forward’…in other words to change
some of the deal. I would love to be a fly on
The wall as their is no love lost with these two.