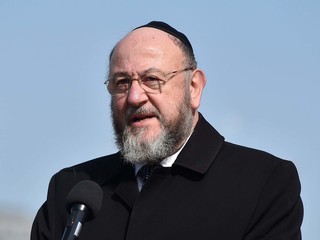 Jeremy Corbyn, as well as having this
ongoing problem in house, isn’t a friend
of the U.S.
He has repeatedly criticised the quality
of our American food, going on and on
about the dangers of the chlorinated
chicken (as well as other slurs on our
food industry).
One political analyst refers to Corbyn as
the ‘Corbynated chicken’, which is about
right.

The Marxist Corbyn, has proved to all…
(apart from those who think they will
benefit from his bankruptcy policies)
that he is unfit to lead the country.

There has been an antisemitic problem
since Corbyn became leader, and it has
got a whole lot worse.

Anti semitism has been rife in the Labour
Party for some time.
Corbyn has protected M.P’s like Naz Shah,
and others, who have made astonishing
comments about the holocaust and made
other insulting remarks about the Jewish
people.
Corbyn, has brushed shoulders with
terrorist groups Hezbollah, and Hamas,
which indicates his sympathies for these
antisemites.
For over 100 years, the Jewish community
in Britain have been staunch Labour voters,
the Rabbi’s strong words, will be of
great concern to the Labour Party, as
this support will rightly be in jeopardy
until the Party show a serious commitment
in flushing out the racist element from
within.