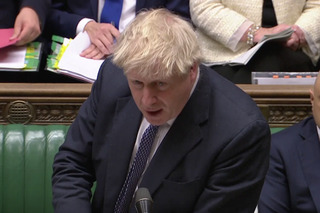 I hope the British people get one.
It is about time Parliament was completely
shaken up. New faces, new ideas and a
new Speaker of the House who can
respect the word…impartiality.

Boris is left with little option. He has little
chance of getting his deal agreed in Parliament and time is ticking on.
The problem is, Corbyn is against a G.E
as Labour have their own internal
problems with anti semitism in house
fighting, and Blair doing a Hillary and
interfering with party Politics.
Corbyn would not win as his ratings are
low. He would opt for a 2nd referendum.