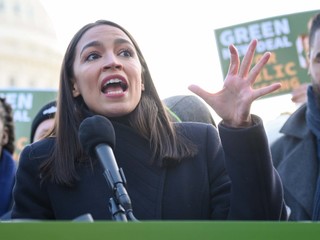 Ocasio-Cortez is correct, the Brits
must continue funding the N.H.S, and
it will.
Politicians like Labour leader, Jeremy Corbyn are using the N.H.S for votes in
the General Election.
His main standpoint is that the Brits
will make a deal with Trump re; N.H.S
American investment.
This has been strongly denied on both
sides, as nonsense.
Each political side have plans to reinvest
heavily in the N.H.S…If elected, and
rightly so, as there is nothing like it in
the World, and has been neglected in
many ways for far too long.