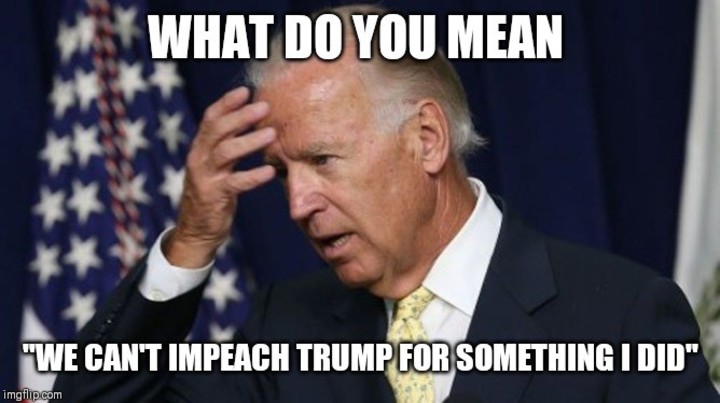 A good one…Truth be told, this impeachment inquiry will smear Biden even more than Trump. His corruption will be revealed to the public.

There is no proof that Biden did anything. Other than being involved in Ukraine at the same time as Hunter.

Are you sure there is no proof, beyond reasonable doubt? Read this article https://www.nytimes.com/2019/05/01/us/politics/biden-son-ukraine.html.

The pressure campaign worked. The prosecutor general, long a target of criticism from other Western nations and international lenders, was soon voted out by the Ukrainian Parliament.
Among those who had a stake in the outcome was Hunter Biden, Mr. Biden’s younger son, who at the time was on the board of an energy company owned by a Ukrainian oligarch who had been in the sights of the fired prosecutor general.
Hunter Biden was a Yale-educated lawyer who had served on the boards of Amtrak and a number of nonprofit organizations and think tanks, but lacked any experience in Ukraine and just months earlier had been discharged from the Navy Reserve after testing positive for cocaine. He would be paid as much as $50,000 per month in some months for his work for the company, Burisma Holdings.