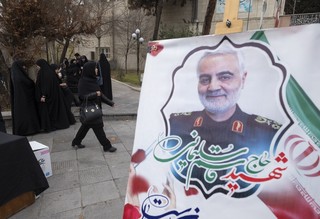 Americans have finally learned how to avoid wars

Although Suleimani was a legitimate target due to his exploits resulting in American lives being lost, Trump’s gung-ho response could have caused a heavier retaliation. The Ukraine air disaster has taken the edge off of Suleimani’s assassination, and any further comeback, and Trump has definitely dodged a bullet.