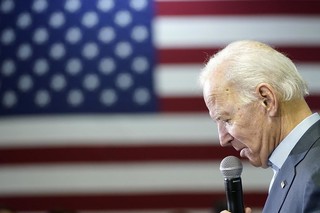 Biden would serve only a single term?

Why is he even mentioning the second term…There will be no need for it, because he will not have the first term, in the first place.

The Dems are running with too many
‘age concern’ candidates.
Warren and Sanders are no spring
chickens and the other candidate of
any note, Buttigieg, is far too inexperienced
and racial minorities won’t back him.
I expect Clinton to come in to shake them
all up, she won’t be able to resist another
bite of the cherry.

He may be in prison sewing mail bags
with Hunter well before that comes
into question.