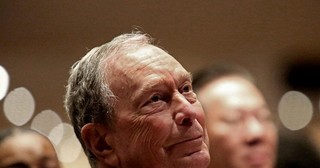 The key here is “non-violent” criminals.
Regardless, he would not release all of them.
We need to unburden our prisons a bit.

P.S. I know this is just a way for Bloomberg to win more black votes.

Bloomberg’s proposals, if implemented,
would endanger the honest people of
the U.S.
I agree with helping drug users, those
incarcerated for minor possession, and
looking at improving the bail system,
however, Bloomberg mentions releasing
paedofiles, attempted terrorists, and
car thieves who have instigated
vehicular homicide…far too dangerous
to even consider.