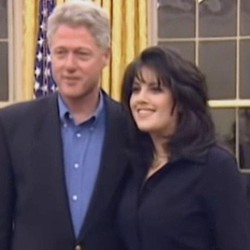 Corbyn’s treachery is there for all to see.
Add the odious George Soros to the equasion, and Corbyn’s aspirations would unfold into a globalised disaster.

This is yet another reason why Jeremy
Corbyn should NEVER be trusted with
the keys of Number 10.

Jeremy Corbyn has had close links to
terrorist groups since the 1970’s.
Corbyn, (who laid a wreath for a terrorist
killed in the black September atrocity)
has courted Hamas, Hezbollah and even
the I.R.A during his political life.
His Labour Party, have been justifiably
condemned for having antisemitic views
on multiple occasions, with several
senior members of the party resigning,
as those guilty of these racist slurs
have been allowed to continue in
their positions.
The Chief Rabbi, not known for being
outspoken, stressed his many concerns,
and suggested that the Jewish community,
who have been staunch Labour voters
for the last 100 years, rethink their
positions in the upcoming General
Election.
Corbyn has strong Islamic support in
the U.K, and rarely speaks out on any
of the multiple atrocities carried out
by jihadists.
His ‘open door’ immigration policies
are popular with a few hard left voters,
but the disenfranchised, long standing
Labour voters from the north and in
Wales, who have seen their districts
saturated with migrants, will tell you
that the success of multiculturalism
is more than questionable, as their
employment prospects and way of
life has been completely overlooked.
Corbyn doesn’t give a damn about the
white working class, who were the
foundation of the Labour party for
decades, and is determined to embrace
an Islamic based ‘multiculturalism’ at
all costs, whether it works or not.