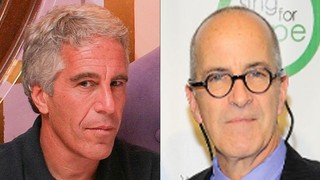 Epstein's brother feels his life may be in danger

The Clinton’s friendships involving top prison officials should also be scrutinised, Bill, in particular was allegedly a frequent guest of Epstein’s, both on the Lolita Express, and as a visitor to his Virgin Islands residence. Hopefully this probably cover up will eventually yield some truth, the FBI have videos which should uncover those participants with the most to lose from this sordid, criminal affair. Epstein was a dead man walking and these incidences of prison surveillance tapes disappearing, guards sleeping and the nature in which Epstein lost his life, leave a lot of unanswered questions.

Despite Jeffrey Epstein’s suicide ruling, there are obvious ‘grey areas’ that need investigating. David Epstein’s life could well be under threat as the sheer volume of alleged ‘A list’ billionaires and household names involved will be using their influence to keep things under the radar. The testimonies of the 2 prison guards could be key in providing much needed answers in why they were conveniently taking a nap when Epstein was on strict suicide watch. As a medical examiner, David Epstein will have better knowledge of his brother’s injuries and possible causes than most, and has a right to call an investigation. This scandal continues to unravel, and as it does, it is a matter of separating the conspiracy theories and the facts. David Epstein will not be popular in some circles for keeping the pressure on, as the stakes are incredibly high.