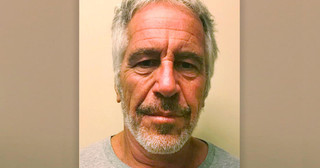 The plot thickens in this sordid, potentially explosive Epstein epic. So far, evidence has gone missing…and reappeared a few days later…the prison guards fell asleep for 3 hours while on 2 hourly suicide watch, and now we hear about an electric cord and tablets in Epstein’s cell. When there are tycoons, world leaders, and Royalty prominent in this paedophile scandal, the stakes are enormous and anything is possible. Mark Epstein…Epsteins Brother, is digging deeply into the unlikely suicide verdict and he’s getting results. Many will hope that he fails in his quest as it could open up a huge can of worms.

It sounds like Epstein had a “do it yourself” suicide kit at his disposal, he even had a pen which is always a no no as a potential self harmer. Very bizarre when we are told he was on suicide watch?!