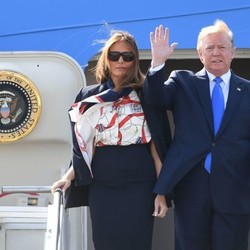 I think this is too far-fetched. Having Hillary as his running mate would only make it harder for Biden, and I do not think she would happily play second fiddle, because it is highly unlikely that Biden will have to step back because of cognitive decline (if elected).

Hillary has been a busy beaver publicising her 4 hour biography, pissing people off on her own team along the way, and she still has that insatiable thirst for what she thinks was stolen from her. Her alleged crimes and misdemeanours make Trump look like Maria Von Trapp, more baggage than Tesco, a woman with a thirst for revenge, and It could well happen. I cannot see Biden winning, let alone sustaining and enduring a sane disposition up until the end of the year, let alone serve a Presidential term! I think Hillary will fare even worse than she did last time, if she was to replace the ailing Biden pre election and don’t underestimate those voters who are aware of the multiple criminality connected with this family.