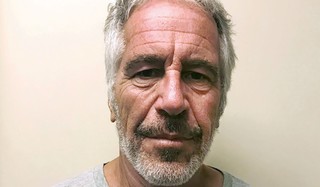 Jeffrey Epstein’s demise was not at his own hands

Epstein was going to expose perverts from the highest echelons of society who participated in sex crimes with minors and he was killed for it.

What a diplomatic way to say that Epstein was murdered…“Jeffrey Epstein’s demise was not at his own hands”.
Clever, to avoid being sued.

Although there should be enough evidence to reverse the ridiculous claim that Epstein committed suicide, those at the top have instructed a cover up, and those “in the know” have been paid off. The injuries to Epstein’s neck, the three fractures (which had never been seen before in hanging victims in 50 years!) join a massive catalogue of evidence suggesting foul play. Epstein was protected in a 2008 conviction, again for sex crimes, being given a “sweetheart deal” allowing him to work in the daytime at home, and sleep in his cell at night, to the astonishment of those not on the payroll. Items found in Epstein’s cell after his death, by his Brother Mark’s forensic team…electric flex, tablets, and a pen, plus an unexplained puncture mark from a hypodermic, in any normal case would be more than enough to implement a full enquiry. The wiped video, which was originally “missing” then “reappeared” just shows the full extent of the powers to be needing to silence Epstein, who was about to name names. Those involved in Epstein’s sex trafficking of young girls, and those who allegedly used those girls range from Ex Presidents, Royalty and other hugely influential business and media “A listers.” Epstein and his partner in crime Ghislaine Maxwell (who trafficked these girls from Eastern Europe and domestically) kept video evidence of orgies and other criminal sexual acts involving these fellow perverts. The Palm beach police department was said to be holding video evidence…this has gone very quiet? Epstein was allegedly keeping these videos for blackmail purposes with Mossad involved and paid the price. Ghislaine Maxwell remains at large and is apparently ready to talk. I hope she is hidden well as there are dark forces getting away with murder here.