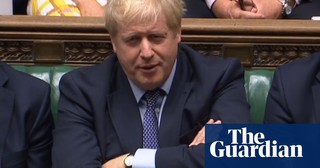 I disagree that Johnson suffered an embarrassing defeat…most Brits
expected just that. Johnson has dissent from all sides from the career politicians (many on the E.U’s bankroll).
The people are sick and tired of these protracted wranglings…M.P’s denying the votes of their constituents, and the vitriol in Parliament and on the streets is a matter of great concern.
The left are now banking on a second referendum (and of avoiding a General Election, as the people would vote to deselect those who ignored their votes).
The leavers, who despite false rhetoric from the media voted for a ‘clean break Brexit’,
Leavers would say that talk of a 2nd referendum is a nonsense. 17.4 million voted to leave…they didn’t mention a 'best out of 3!