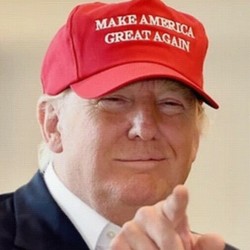 Exactly what I said 3 days ago. Of course, Dem’s will never admit their BS was a distraction…24 hours a day for 4 months until it ended February 5th.

Why would he? He works off information. All the problems come from how the heads of the FDA, CDC, and HHS worked. I know everyone always thinks Trump is responsible for everything. He has hundreds of people that feed him information and all he does is try to make decisions based on the given information. There is no doubt the impeachment had the government distracted as they watched and worried each day what was going to happen or change with their jobs.
https://www.propublica.org/article/internal-emails-show-how-chaos-at-the-cdc-slowed-the-early-response-to-coronavirus

Is not the President supposed to multitask? He had no problem multitasking on Twitter (while he was being impeached).
He just did not take this seriously and was foolish.

" But it’s not simply that impeachment didn’t distract Trump from coronavirus. Rather, impeachment indicated how he would respond, from his refusal to face facts, his abuse of public trust for private gain and his sidelining of actual government expertise in favor of outside channels. All of these traits were on vivid display during Trump’s impeachment, and all of it has defined his appalling response to the coronavirus — with deadly results"

Of course that’s the Democrats response! They knew the impeachment was pure BS political theater with no chance of going anywhere. Pelosi herself said it would be bad for the country before the far left forced her hand. They would never admit now that it played any part in distraction despite the fact their comments are ludicrous at this point. The best defense is a good offense so they say. In keeping true to form, their playbook is that of only to blame Trump for everything that goes wrong in the world. The left has been nothing but laughable for years now.