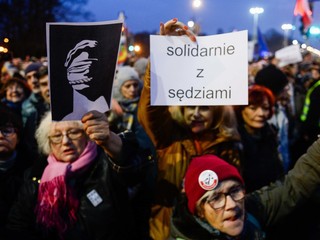 As a result of mass migration around Europe, populism has increased in many Nations after Germany led the way opening their borders and later regretting it. The U.K are leaving the Union, France has terrible internal unrest, and Macron is hated. The E.U is at its most fragile that it has ever been, and their proposed 60,000 strong E.U army is unpopular. The U.K’s wish to return to being an independent sovereign Nation leaves the E.U looking to replace that revenue and collect it from the remaining Nations. Poland could well be on their way out, I think many other Nations will follow suit.

The E.U have an uphill battle getting the likes of Poland, Czech republic, Hungary and others to accept high levels of migrants placed within these Nations, that is the real problem here, and the reason why the E.U will break up, sooner rather than later. These nations won’t be bullied by Brussels, whose immigration ‘agenda’ has divided nations across Europe.