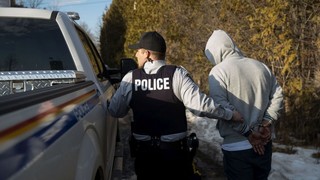 Should criminals be allowed to choose their gender?

Changing gender is becoming as normal as changing ones shirt!

How absolutely ridiculous. So, supposedly these ‘people’ can be a man one day and a woman the next, it just depends what they feel like. Next they will be putting “male” sex offenders ‘who identify as women’ in a cell with biological women?! How f****** stupid is this!

The gender issue becomes more complicated and confusing by the day. Call me old fashioned but I don’t believe in past decades there were so many suppressed gender issues. Homosexuality eventually became legal, and rightly so but now we even have infants that want to change their gender! A lot of this is fed by the power of suggestion from people who should know better, almost making this a trendy option with youngsters in schools, now having Gender Lessons for God’s sake. I think the whole gender issue is disproportionate if you weigh up percentage of population, and dare I say it, supported mainly by the Liberal woke.