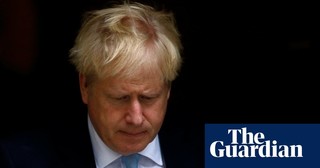 This is a make or break week for Brexit

I think they will get an extension period as the Liberals have cleverly questioned ‘what type’ of Brexit was voted for!? Whilst the Brexit bunch say they believed it was for a ‘clean break’ from the E.U. Just another way of getting second referendum.

And it is make or break for the 3 parties…Libs, Tories and Labour who are all working against each other and have gridlocked the democratic process. The electorate have had three years of this treachery, and won’t forget in a hurry.

I am a fervent Brexiteers and the majority 17.4 million referendum people’s vote to leave the E.U, which has been sabotaged by the remoaners, and traitors, who have in many cases gone against their own constituents has proved how undemocratic this once great Nation has become. Johnson will propose a new May…like deal, plus an Irish backstop concession, it will be rejected and maybe a 2nd referendum will take place? The liberal/left must have a best out of 3 when they lose the initial legal vote! The reason Corbyn, Swanson and co WILL NOT have a General Election is…because they would lose. If Johnson’s deal keeps us in the Customs Union…expect a huge backlash from Farage and those who won the legally binding…first vote.