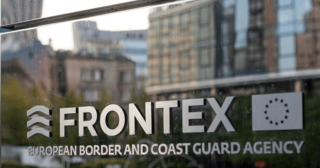 Will there be EU military?

Brexit leader Nigel Farage was mocked by the majority nearly ten years ago when he talked about an E.U army, and here we are. Firstly a ‘civilian’ army to watch borders and bear arms when necessary, and the prospect of a 10,000 strong army to follow… How many Nations will this madcap plan comprise of, in their E.U costumes, expanding the borders along the way? Something very sinister is happening here and the involvement of frontex…(a ‘migration travel agency’ according to Orban) is suspicious. The European Union is a potentially failed project, with the Brits on there way out, and strained relationships with the likes of Hungary, Poland, the Czech Republic and others, and at its most vulnerable for some years. France, Germany and Sweden are suffering internal instability due to their naievity on immigration, and its repercussions. Brussels seem to be flexing their muscles, in fear of their project disintergrating.

EU countries will only be weaker, not stronger, if they decide to proceed with that EU military idea. There are simply too many differences between them. The best they could do is cooperate on economy.