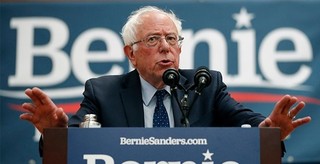 Bernie: When I'm president I will also be organizer in chief

So they have an event planner (Warren) and now organizer in chief? What would Biden say? We are not electing a planner?

I have a lot of respect for Bernie…At that age, and still going strong. Actually, I think he was the best in that debate, even though Warren is in the first plan now. His biggest problem is that he is mistaken for a communist. Also, he cannot count on a lot of money for his campaign.

He’s raised more than any other candidate this quarter, though. People mistake Obama for a communist antichrist, he still won, not that big of a weakness either.