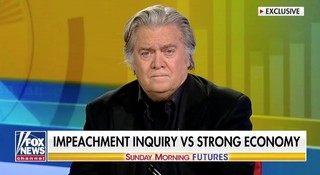 Hillary will enter the race

It was always going to happen.
She will want payback, it’s personal.

They are keeping her seat warm on the
podium.

Hillary won’t be able to resist a fresh
battle with Trump, and I’ve always
expected her to return.
She’s already dropping her ‘Russia’
conspiracy theories, this time aimed
at one of the favourites, Bernie Sanders.
Hillary was recently on British tv, and
was pushed on the subject of entering
the race, and you sensed that she had
made up her mind.
It would be a good time for her to run.
Biden, who has a decent lead in the
national polls, has performed erratically
in debate, and the Burismo thing and
‘Hunter,’ is still under scrutiny.
Warren’s support is waning, Buttigieg’s
lack of experience and inability to
attract black voters will see him as an
also ran, and the ‘great white hope’…
Bloomberg, will spend all his billions
for nothing.
If, as expected she does enter the fray,
she will have to convince the voters
that she can run the country better
than Trump?