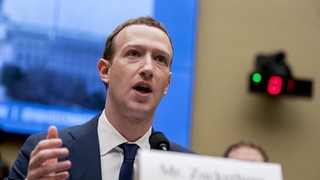 Zuckerberg is now an enemy of the state?

Whilst I am not a fan of Zuckerberg and
facebook, with its selective ‘free speech’
policies, Waters is just attempting to
silence any posters with a Conservative
message.
Facebook already have the odious Soros
overseeing anything construed as being
‘too right’…through some of his various
polluted companies.
That doesn’t go far enough for the dems
who have bought up the majority of the
media already, and are seeking a monopoly.