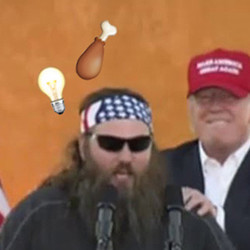 He’s got the cash to disappear to a
tropical island somewhere or other,
but the Brits won’t forget.

1
FireStorm · a year ago

This …nothing royal has disgraced the
Royal family, and still doesn’t admit to
the proven events that have completely
tarnished his reputation.
The public will forever see him as a
dirty old man!

It seems like Prince Andrew has had a
memory lapse?

Prince Andrew’s lack of transparency is
not surprising, and those who are anti
royalist, (I am not) will be rubbing their
hands together with glee, as he has been
completely exposed, for enjoying the favours of Epstein’s juvenile/underage
sex services…on multiple occasions.
The U.K and specifically the B.B.C,
covered up the perverse practices of
serial paedofile, Jimmy Saville, close
acquaintance of the Royal Family.
For more than thirty years, Saviille was
providing children for high ranking
politicians including (allegedly) Sir
Edward Heath and Leon Brittain, and was
even given keys to a Children’s Hospital!!!
The tactic used for covering up these criminal acts have been to accuse
innocent celebrities, in order to deflect
the attention from those who are up
to their necks in this mire.
Prince Andrew was hoping this scandal
would die down, and has been sharing
the company with his ex Wife, travelling
and keeping out of the common eye.
However, this reality is not going to go
away.
He was recently in Australia, where the Epstein scandal is all over the media,
and the Prince’s wrongdoings making
front page news.
Those wealthy, famous patrons of
Epstein’s widespread sex for sale service,
(and their are many), will be very worried
about being investigated. If Prince Andrew
is vulnerable to prosecution, then all
those on Epstein’s long list of well known
names, could be next.