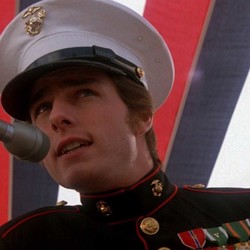 That is so ludicrous that I cannot believe that even Trump could say that. By Easter?

Why not? Don’t buy into the hype. Population of China is 1.4 Billion/China Covid 19 Deaths is about 3200…Population of US is 320 million/US Covid 19 deaths is about 700/US influenza deaths is about 38,000 so far this year. The mortality rate of Covid 19 continues to drop and today you had a 98.8-98.7% chance of surviving the virus or not even knowing you had it. So let’s crush the economy?

Let me ask you one question…Are you aware that we have the flu vaccine and that coronavirus is 3 times more contagious than flu?
New York needs 140.000 hospital beds and only 50.000 are available right now.

If the United States has had 38000 die so far this season from influenza with a population of 320,000 million, it would make sense that China must have had at least 152,000 (4x the US) die from influenza this year with a population of 1.4 billion. Our lives weren’t disrupted at all in 2009 (with H1N1) when 12,400 Americans died and 60 million (25% of our US population) became infected. If Covid 19 ever gets to even half of any of those numbers (influenza or H1N1) then I guess we can have a serious conversation. Right now it’s all speculation. It is pretty funny how silent all the anti-vaxxers have become with all this.

Please watch this video (read a description) and tell us something about lives being disrupted:
https://twitter.com/WellingMichael/status/1241491706677284870

If you read what I wrote, our lives were not disrupted at all in 2009. This despite the more overwhelming numbers of H1N1 than what we face today with COVID 19. People weren’t ordered home, out of work and with weeks of social distancing and no economy. There are certainly people suffering with this but the numbers today still don’t compare with the numbers then. It’s unfortunate some countries are not able to cope. I’m curious why America needed to shut down when it didn’t 11 years ago. The current numbers certainly don’t dictate it. H1N1 was new then and we had no vaccine just like today and the numbers were far greater with deaths and infections.